If you follow my blog here on or my YouTube Channel, you’ll know I’ve become interested in building a fast–100mph+ plane. I started out with the FT Racer. After fooling around with motor/prop combos I realized the plane could be spirited but it wouldn’t make the grade. So I started searching for plans and came across Nic Lechner’s Mig3 and P-39. 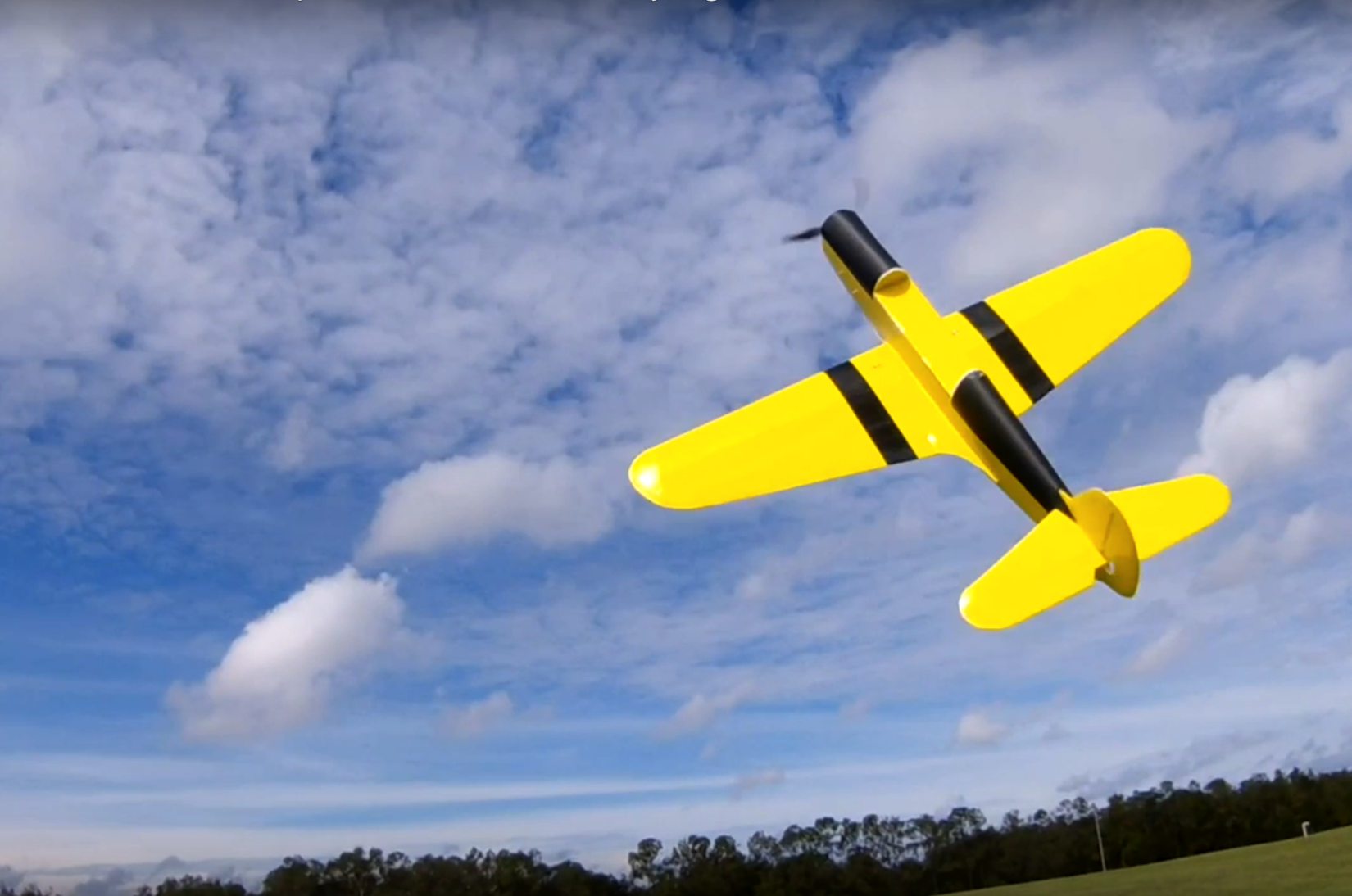 Right off the bat: This is not a beginner’s airplane in any sense of the word. It’s not easy to build, it’s not forgiving if you make a mistake, and if you use the recommended power system you better be an experienced pilot. Seriously, this plane will fly away quickly. Now with the warnings out of the way, this plane is ridiculously fun to fly. It eats up sky like you won’t believe. On my first flight I had a jet pilot standing behind me saying, “man that thing is fast”.

Before You Get Started

Make sure you understand what you’re getting into. Sure, you can fly this plane slow and it will handle your run-of-the-mill aerobatics without too much fuss, but let’s just call a spade a spade: This is a 100mph+ fast mover and you’re going to want to punch it. It’s also a complicated build. Not that you need to be a rocket scientist, but it takes more time than other foam board builds and you have to carve/shape/mold foam board with a knife. It takes patience and willingness to complete the job. So before you start buying parts, understand this is a complicated build of a fast moving airplane. If you’re not an experienced pilot, you stand the chance of quickly losing a big time investment.

This score isn’t a reflection on the plane or Nic’s design, it’s a commentary on the amount of effort you need to put into ANY foam board plane compared to any Balsa or EPO ARF kit. The fact of the matter is you have to tape or otherwise treat the foam board (minwax) if you want the plane to last. Then you have to print the plans, tape them together, transfer to the foam, rough cut the pieces, then fine cut the pieces. It takes a lot of “pre-build” time and effort before you start building anything.

It may seem like I’m being rough on the nnP-39 with these scores, just understand the scores are relative to other options. This is not an easy plane to build. There are complex curves, airfoil shaping requirements, and build techniques not found in the more common Flite Test type designs. The main difficulty is related to shaping the airfoils with a knife. It’s not particularly hard to do, but it is time consuming and you need to get it right. Sealing the edges of the airfoils after shaping is tricky too, but Nic does a good job walking you through the process in his nearly 2 hour long build video.

Both of Nic’s speed airframes utilize techniques designed for a fast mover. Key among them: Reinforced double layer true airfoil stabilizer and double layer vertical stabilizer. Aluminum reinforced wing with a knife edge trailing edge, and wing/fuselage filets. Nic also produced a video clocking his P39 with a radar gun at 121mph. So I found the platform.

Nic borrows heavily from Flite Test but adds some advanced techniques to his plans such as sculpting the foam to provide knife edge trailing edges. He also uses BBQ skewers to reinforce the nose along the main deck. This little extra supports the use of higher output motors required to hit the 100mph speed target.

Here is my build review video of the nnP-39.

The following video is my second flight with the nnP-39. My maiden takeoff was actually much more controlled than the takeoff in the video below as I had someone hand launch for me while I focused on the controls. On the 2nd launch, I gave it an underhand toss with too much AoA and Yaw. Thankfully I managed to get it under control and finish the flight.

I have no honest way of knowing if this plane made 100mph or not; however, whether I actually achieved 100mph is academic for me at this point. The plane is fast, faster than any other model I’ve flown, so my “need for speed” is satisfied (for the time being). Thanks to Nic for sharing his plans.

Pretty low for me. I can say I’m glad I did it. This plane helped me scratch an itch and it was a cheap way to experiment with a fast mover. I don’t think I will build another if I lost this one. I’m grateful there are guys out there like Nic who are pushing the envelope and who make all of these wonderful options available to hobbyists for next to nothing, but this plane was more of an investment in time than it was worth to me.

If you’re interested in testing your skills, flying scary fast, or just making the other guys at the field say, “holy $#!% that thing is fast” then build this plane. It doesn’t disappoint.

@peterabbatejr Hey, I sacrificed for your freedom. Apparently that means your freedom to behave like a coward and stomp on the first amendment rights of others by taking down signs. You're a COWARD! Face you opponent on the field coward.
h J R
@rcvideoreviews

@von_crypto @TomiLahren "must live with the consequences." There will be a lot of that going around on Tuesday night in Democrat safe spaces all across the country.
h J R
@rcvideoreviews

@tjshie @TomiLahren Make sure to point this out for the Twitter layoff lawsuits. What's good for the goose...
h J R
@rcvideoreviews