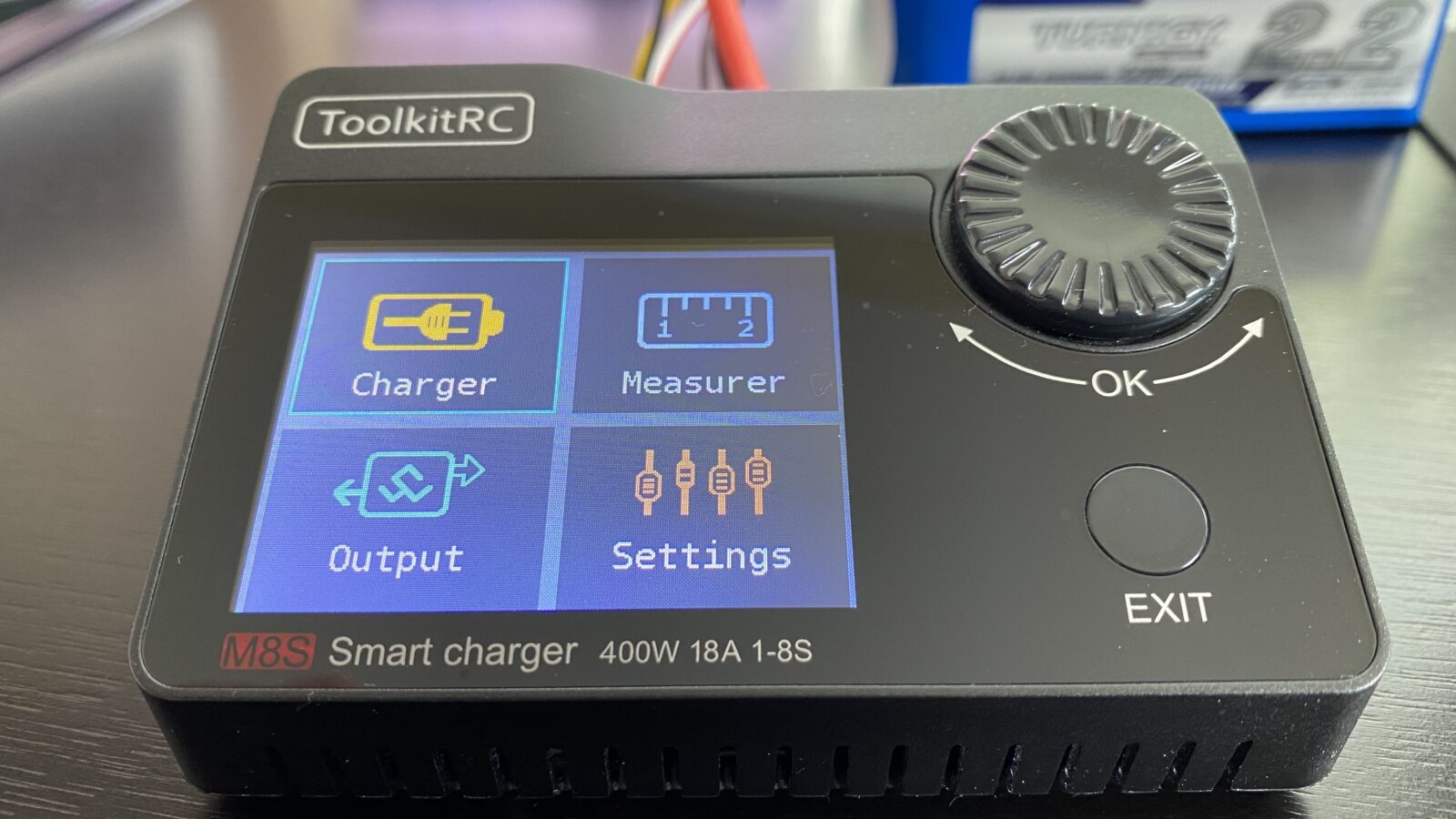 The ToolkitRC M8S Smart Charger is an amazing example of modern engineering. I recently got my hands on the M8S “battery charger.” They label this thing as a battery charger because they had to call it something. The truth is, it does far more than charge batteries. The naming convention ToolkitRC in this case is certainly not misplaced. 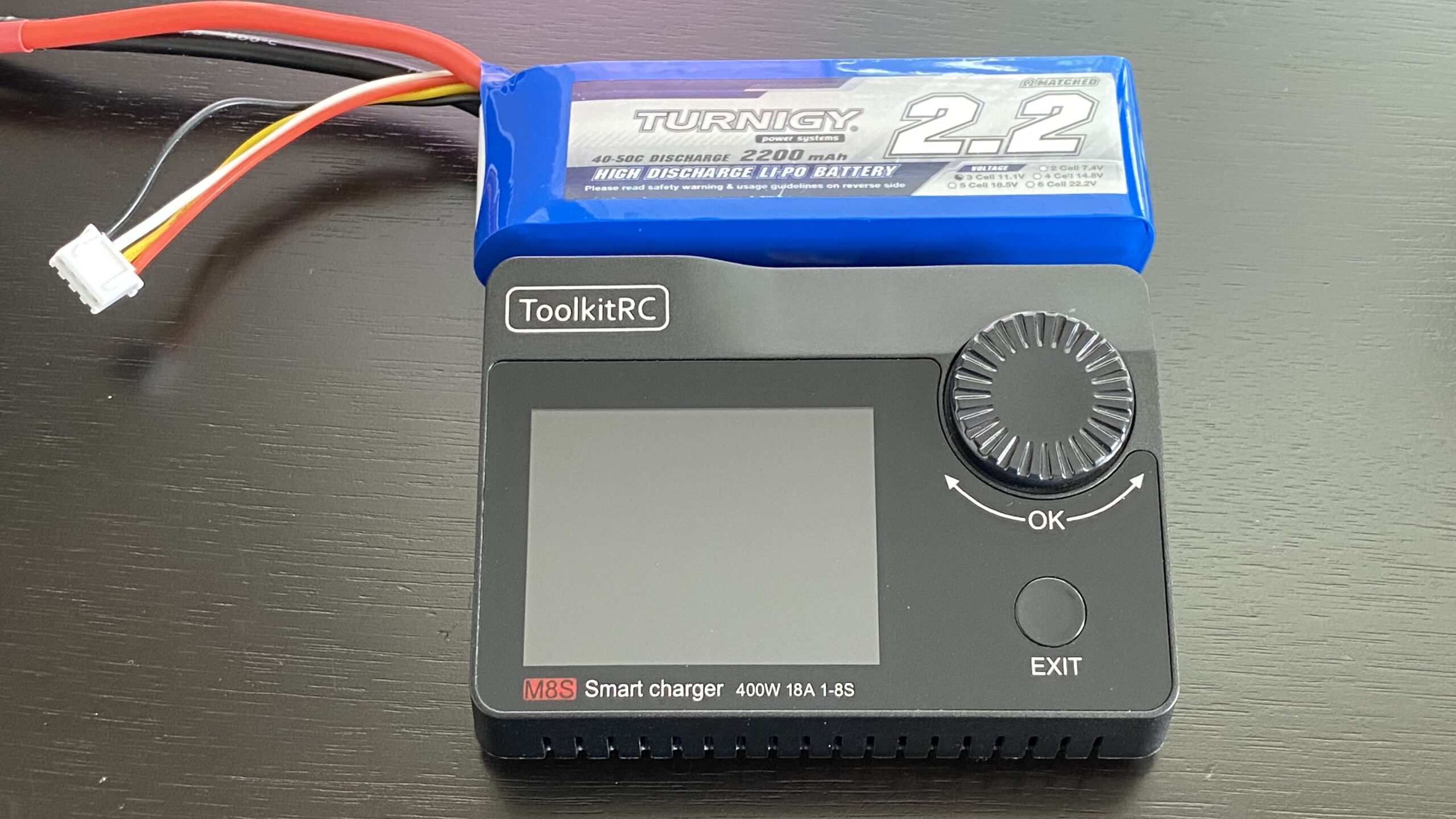 The thing that separates the M8S out from traditional chargers is the valued added functionality you normally do not get in traditional chargers. Aside from the strong charge capacity of 400w@18a, the M8S also measures PWM, PPM, SBUS, IR, and has a simple 18a watt meter. The M8S also outputs PWM, PPM, SBUS and get this–it has a built in power CV/CC power supply supporting 1-30v @ 1-18a. There are three functional categories on the M8S – Charger, Measurer, Output.

This is a DC only charger so you’ll have to supply your own input power. There is no option to plug this device into your wall outlet. You can use batteries or a DC power supply. If you haven’t bought a DC power supply yet, I’d recommend a 24v 500w 20amp supply minimum. Anything higher than that is gravy, but the specifications above will be able to fully power the ToolkitRC M8S Smart Charger

I ran bench tests using a 6s5000mah Turnigy LIPO as the input power supply and 2 6s5000 in parallel on the output side. The M8S quickly jumped up to 17a and happily hummed along charging the 2x6s packs at 400w for the duration of the test. Since that worked out to a ~2c charge rate, and my input gas tank was half the size of the output gas tank, I only ran the test long enough to verify power, and the M8S delivered. 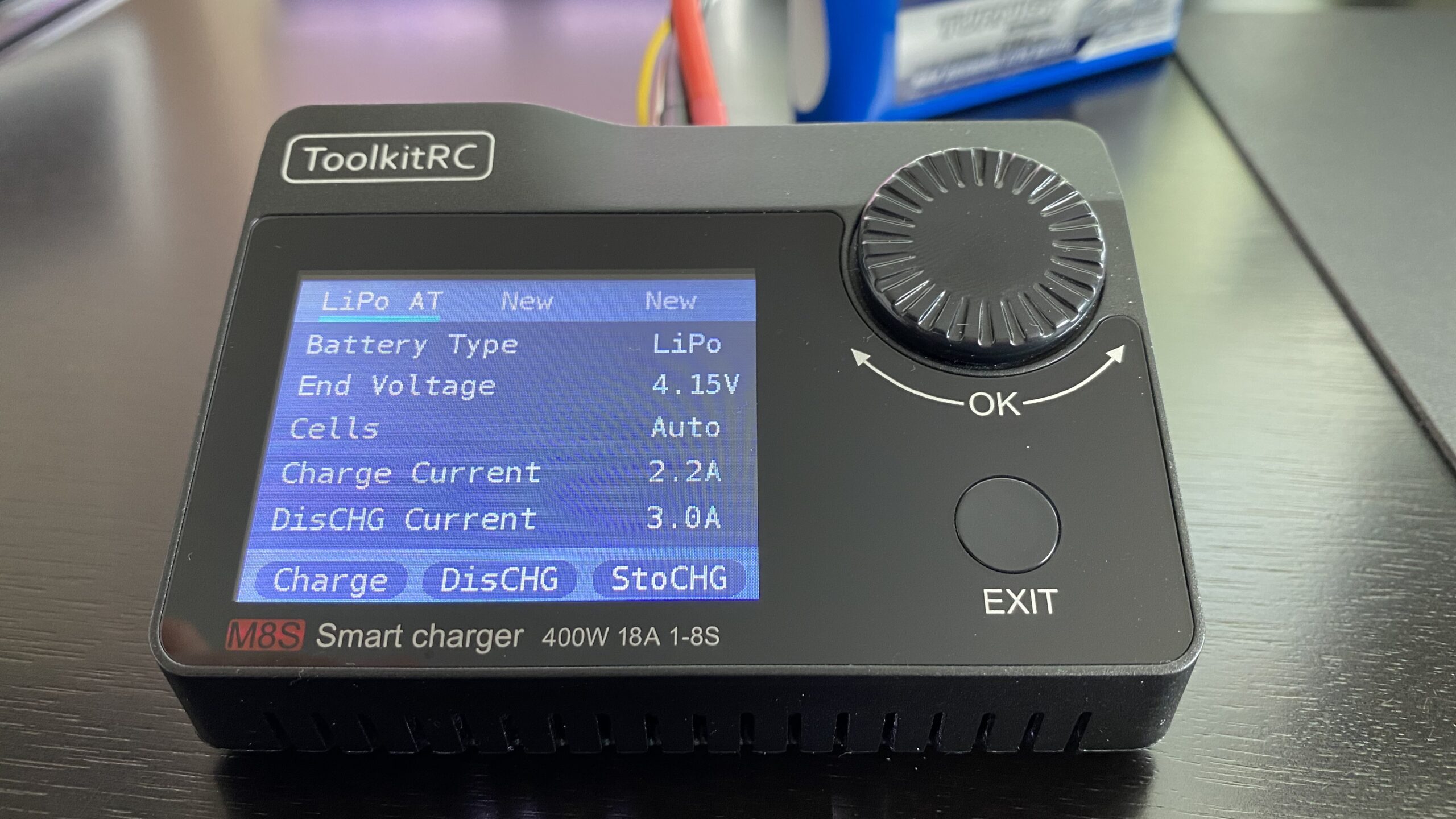 Technically, discharging is in the CHARGER category, but the M8S has a nice trick up its sleeve in Regenerative Discharging. As is the case with all small field chargers, the internal charge rate is quite low. The M8S spec is 15w@3a. However, in recycle/regen mode it can run full tilt at 400w and 18a. Just make sure you only use recycle while connected to a battery on the input side. DO NOT use recycle while connected to a power supply.

The measurer function allows you to connect various devices to the M8S for evaluation. One function I found particularly useful is the ability to connect an SBUS receiver to get a visual verification of channel mapping and pulse range. If you’re not using SBUS servos, this tool gives you a simple and easy to use method of verifying SBUS operation. 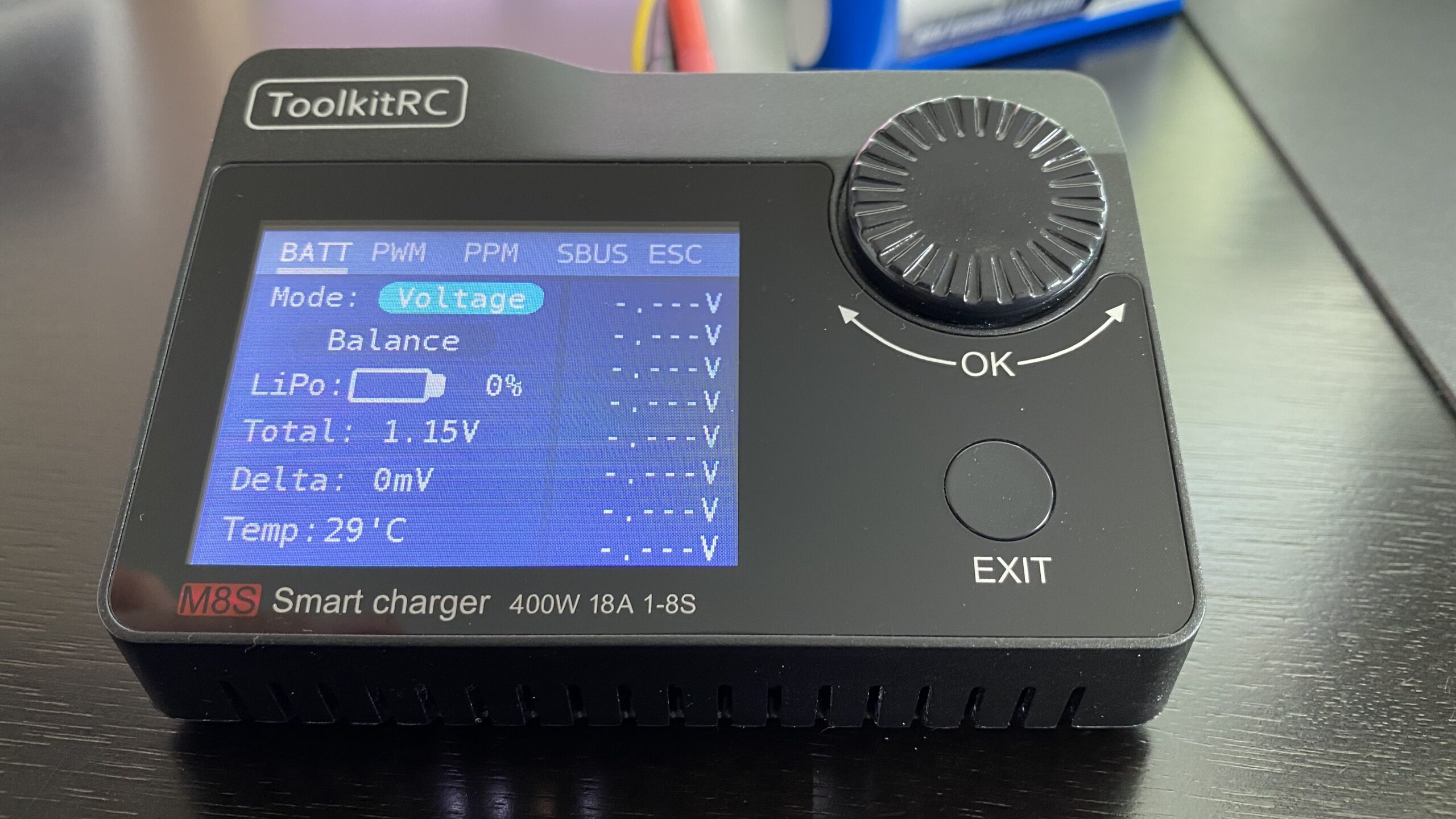 The measurer category also features an IR test to check IR of your battery cells. I realize there are lots of opinions about the validity of IR tests without high end equipment, so take this feature for what it’s worth to you.

The ESC watt meter isn’t a watt meter in the strictest sense because it has an 18a limit and it is a bit awkward to use with the dial; however, it can be used to spin the motor which means you can verify motor direction and motor function. I see this as useful during a build. If you want to test your power setup though, you’ll be better served using a normal watt meter.

The M8S can also output PWM, PPM, and SBUS which is useful for setting up a model, testing servos, testing your flight computer and for any other reason you can think of to output those formats, but the striking feature to me in the output category was the POWER SUPPLY. 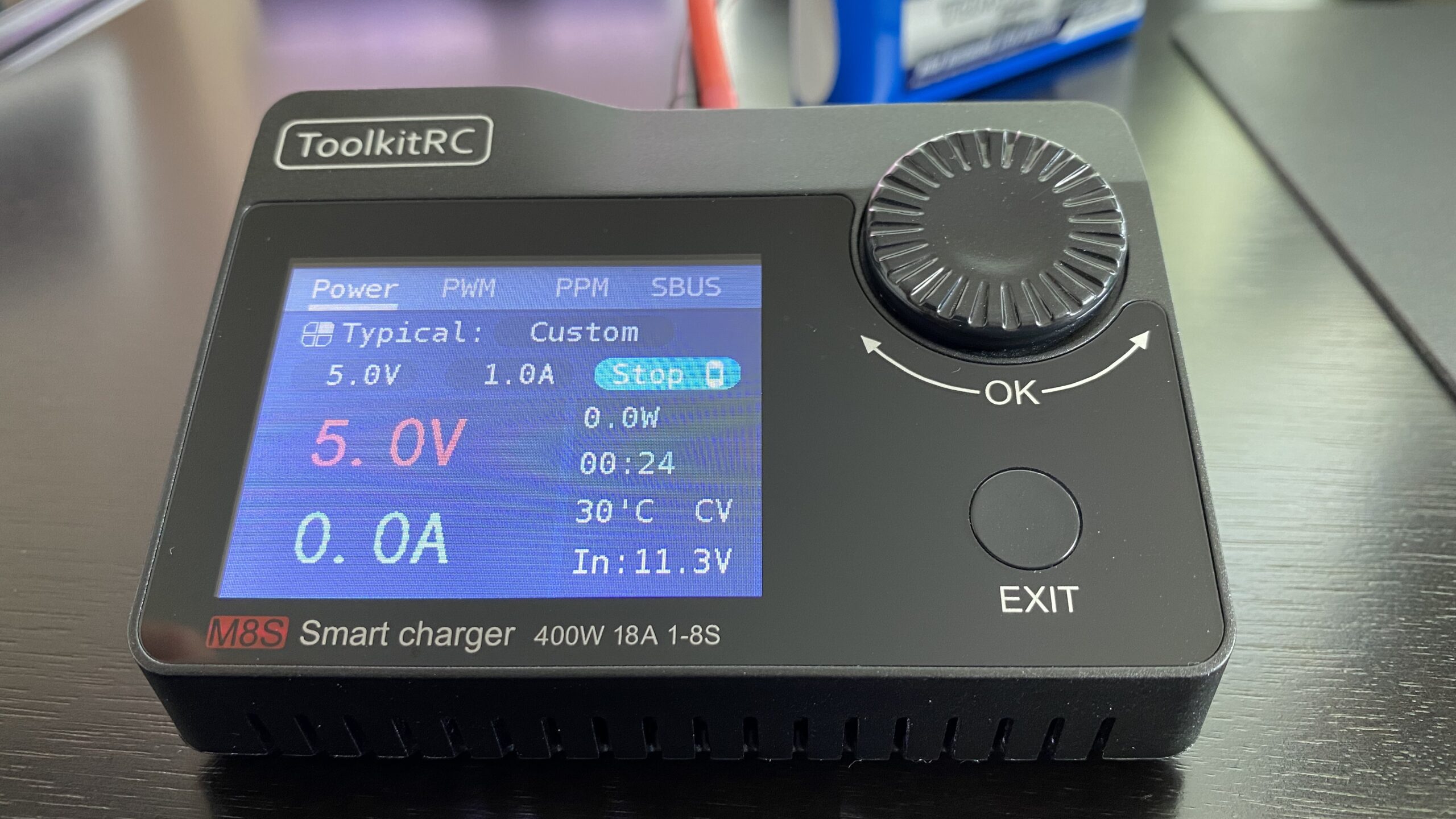 Yes, the ToolkitRC M8S Smart Charger has a functional Constant Voltage/Constant Current power supply with a ridiculously configurable range of 1-30v and 1-18a. I’ve been on and off the fence for some time about adding a bench test power supply to my toolset, and now I don’t have to. The M8S is easily configured to output the voltage and amperage you want with a few spins of the jog dial. My initial tests indicate the power supply performs as advertised although I haven’t run any real current through it yet (I will).

I’ve watched a number of videos on various ToolkitRc devices and one thing that always bothered me was the resolution and appearance of fonts on the screen. It reminded me of 8bit gaming platforms from the 90’s. Well, no more. I guess ToolkitRC got the memo because the color screen on the M8S is perfectly acceptable. No more blocky characters. The screen looks modern and the fonts are smooth.

It’s amazing to me how much technology has been crammed into this little box. Bottom line: I’d buy this device again in a heart beat. I’m looking forward to using this during my next build as I can just imagine how much time it will save me keeping track of all the other tools I use during a build.

• The charger performs at the stated max, so for its primary purpose the M8S gets an A+ from me. 400w@18a on a box slightly larger than a deck of cards is just amazing. To me, the remaining features are just bonus add-ons so I don’t judge them too harshly.

• The ESC “watt meter” is technically functional, but I think its use is limited. You would probably not want to buy this device if you’re looking for a universal watt meter. On the other hand, if you’re not running anything higher than 18a and you need a device to test the M8S can do the job.

• All of the protocol testing options are handy to have in a single device: PWM, PPM, SBUS both in and out in one small box–excellent.

• Aside from the charger, the standout feature to me is the power supply. It is ridiculously convenient to be able to set your power requirements and supply power from 1-30v and 1-18a via a handheld device. You just have to imagine putting together a plane, or better yet a full-on FPV rig with flight computer, cameras, vtx, pan/tilt. This single box can help you get everything setup without the need for a handful of specialized individual tools.

• ToolkitRC claims they’ve updated the interface. I have no other ToolkitRC products to compare it to so I can’t see what’s been changed. What I do know is while the user interface is a little unorthodox and takes some getting used to, it’s not too hard to figure out. You just have to be willing to spin that dial and press buttons. From a start, I had the whole interface figured out in about 10 minutes. 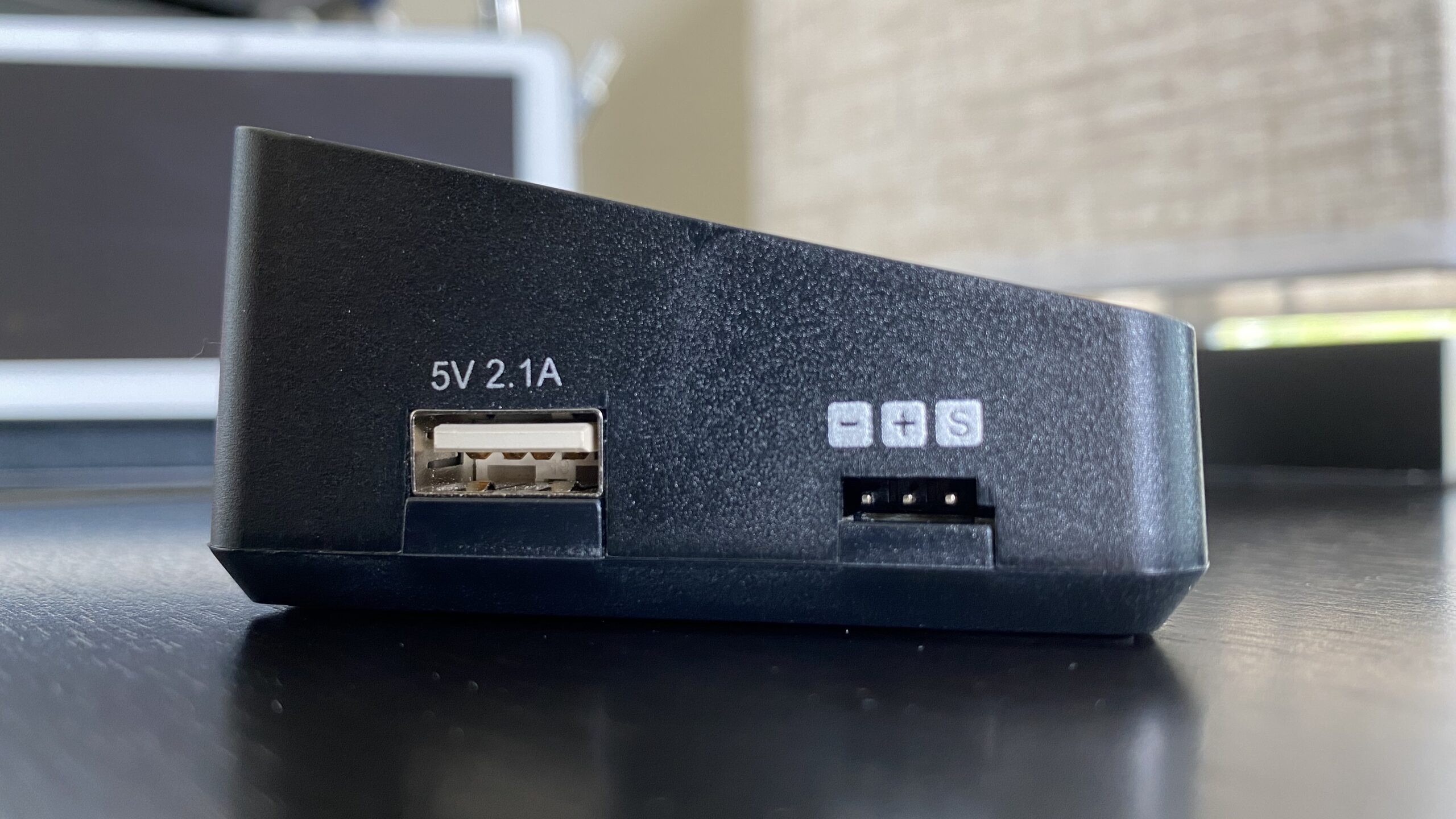 If you’re interested in scoring one of these for your Toolkit (see what I did there?), I have a BG affiliate link and coupon code for you. I would appreciate it if you use my affiliate link as I’ll get a small referral commission and it costs you nothing extra. Plus, you get to score an M8S for $39.99!

I conducted a test of the ToolkitRC M8S:

You can see the full details of this test on my YouTube Channel: RCVideoReviews. 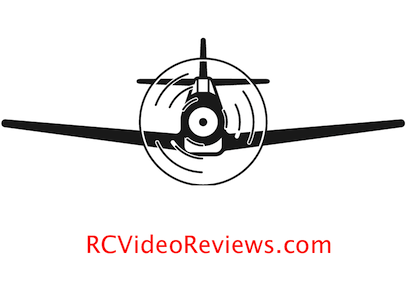 This livestream was meant to be a short little live demo showing how to upgrade the TX16s speaker and it turned int… https://t.co/XXQ2AoLsTJ
h J R
@rcvideoreviews

This video shows how to setup a model template using Flight Modes and Global Variables. This is a more advanced arr… https://t.co/cb4LTBthO6
h J R
@rcvideoreviews